What are 3M Combat Arms Ear Plugs and what do they do?

3M Combat Arms Ear Plugs provide hearing protection for those in the military or other settings that are exposed to loud noises. These ear plugs are designed to block out noise levels of up to 26 decibels, so users can feel comfortable and secure regardless of the environment. Additionally, 3M designed these ear plugs with foam tips which provide maximum comfort and won’t cause any irritation within the ear canal. The foam also helps create a water-tight seal between the ear plug and wearer’s inner ear, creating a single unit that prevents noises from entering while allowing normal conversation between personnel. With 3M Combat Arms Ear Plugs, users have confidence knowing they are protected even in the most extreme conditions.

Who can file a lawsuit against 3M for their use of the ear plugs in the military? 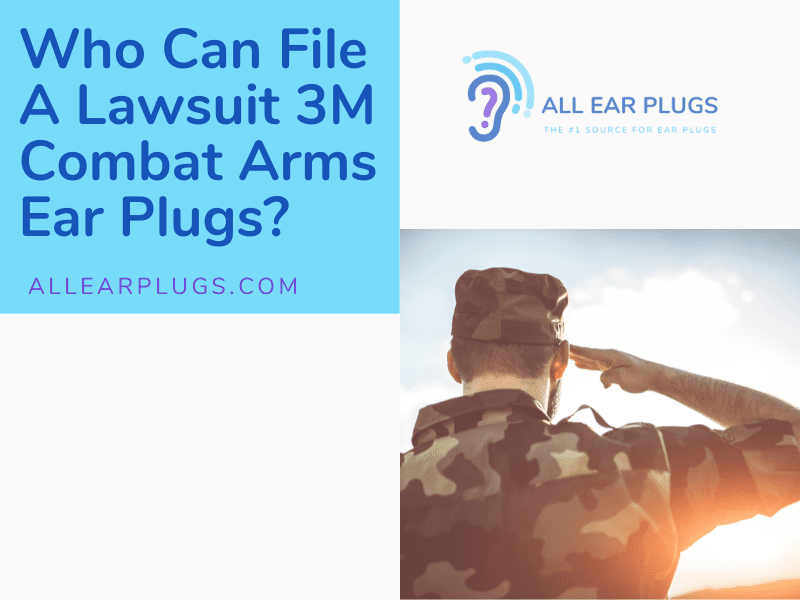 The recent lawsuit against 3M for their use of ear plugs in the military has serious implications for thousands of veterans. Those who served in active duty from 2003 to 2015 may be suffering from hearing loss as a result, and they can file a lawsuit to seek compensation. In addition, any surviving family members who have lost loved ones due to this ear plug fault are also eligible to pursue legal action. 3M allegedly had knowledge of the fault, yet still proceeded with selling the product to the US Army; this potentially unethical behavior entitles those affected to consult a lawyer and take matters into their own hands if they believe they have been wronged and deserve justice.

How can someone go about filing a lawsuit against 3M for their use of the ear plugs in the military?

The 3M company has been accused of knowingly selling faulty earplugs to the United States military between 2003 and 2015, resulting in hearing loss, tinnitus, and other health issues for thousands of U.S. service men and women. If you or a loved one were in the military at any time from 2003-2015 and are now suffering from hearing damage related to your use of 3M Combat Arms Earplugs Version 2, you may have rights to seek compensation for your injury through a 3M lawsuit. In order to pursue a legal claim against 3M, it is important to find an experienced lawyer who specializes in products liability cases such as these. By taking necessary steps such as retaining legal counsel, obtaining useful medical records regarding the extent of your injury, and filing a lawsuit within the respective deadlines set by each state’s statute of limitations period, you can take action and seek restitution for harm suffered due to 3M’s misconduct.

What are some of the potential consequences of filing a lawsuit against 3M for their use of the ear plugs in the military?

It is well known that the lawsuit brought against 3M for the usage of their faulty ear plugs in military settings has caused a stir. If this case is finally decided on, it may set a precedent for how many other companies must take responsibility when their products fail to live up to their promise. Military members may have the chance to get justice after an infuriating amount of damage was done. In addition, such a lawsuit could result in individuals having better access to information and resources before agreeing to purchase any product related to their health and safety overall. Most importantly, if found guilty, 3M would be forced to pay huge compensations for any physical or psychological injuries that were caused as a result of using the faulty ear plugs. This would make them solely accountable for what happened and ensure it does not happen again in the future.

How likely is it that someone will actually win a lawsuit against 3M for their use of the ear plugs in the military?

3M is currently facing numerous lawsuits from veterans, military personnel and their families due to the alleged knowledge by 3M of defects in their Combat Arms Earplugs, which were issued to soldiers in the United States military since 2003. It remains to be seen whether these litigants will be successful in pursuing a legal remedy against 3M. However, armed service members and their families are bolstered by the fact that class action suits, such as this one, have been successful in similar cases in the past. If there is sufficient proof of 3M’s incompetence or negligence, justice may prevail against the corporate giant and veterans could potentially receive financial compensation for any alleged illnesses or injuries endured as a result of using the earpugls. Ultimately, it depends on uncovering sufficient evidence of the company’s culpability for any harm suffered by service members due its use of substandard ear plugs.

3M Combat Arms Ear Plugs are ear plugs that were designed by 3M to be used in the military.

-The ear plugs were recalled after it was discovered that they did not properly protect soldiers’ hearing from loud noises.

-Anyone who served in the military during the time period when these ear plugs were in use may be able to file a lawsuit against 3M for their use of the ear plugs.

-To file a lawsuit against 3M, you will need to fill out a form and send it to them.

-There are some potential consequences of filing a lawsuit against 3M, including having to pay court costs and losing the case.

-It is unclear whether or not someone will actually win a lawsuit against 3M for their use of the ear plugs in the military.