3M Combat Arms Ear Plugs are double sided, dual-ended ear plugs designed for military personnel. They were originally manufactured by Aearo Technologies, Inc. and then purchased by 3M in 2008. Despite being certified as meeting minimal safety requirements to protect servicemen and women from hearing loss caused by loud noise, the 3M Combat Arms Ear Plugs were found to be defective due to muffling of the sound environment that put the service members at risk without proper protection. In response to these defects, those who were issued the 3M Combat Arms Ear Plugs while serving in U.S. Forces between 2003 and 2015 may be eligible for legal compensation against 3M Company. 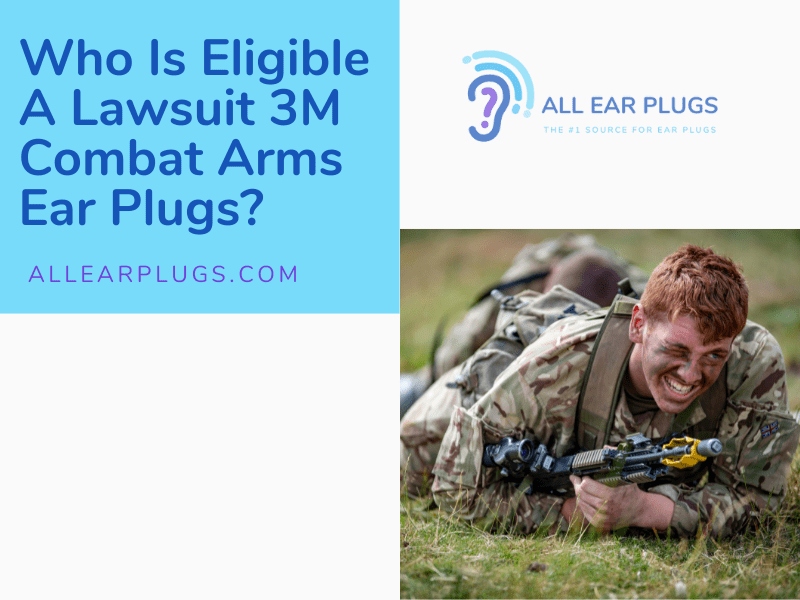 Recently, 3M has been under a lot of scrutiny and faces billions in damages due to allegations that their dual-ended combat arms earplugs may have caused hearing damage in veterans. According to some people, the company knew of potential risks but did not provide sufficient warnings. Many former servicemembers believe that the company was negligent by failing to insure its products were safe for consumers, and feel betrayed by a company they thought would be looking out for them. While the outcome of this case remains undetermined, it serves as an important reminder for companies like 3M as they produce consumer products that safety is always paramount.

If you’re considering suing a business or other entity, it’s important to first understand your legal rights and the merits of your case before taking any action. Generally speaking, filing a claim involves sending notice of the claim and its specifics to the responsible party in accordance with the applicable state law. After doing so, the defendant typically has an allotted amount time to respond. From there, more formal proceedings such as settlements or trials take place. It’s important to keep in mind that registering a claim does not guarantee success; however consulting an experienced attorney can both simplify the process and help yield favorable results.

What to expect if your case goes to trial

If your case goes to trial, the proceedings will most likely begin with the selection of a jury. After the jury is selected, the lawyers for each side of the case will present an argument and evidence in their favor. Depending on if there are witnesses, those people might also be called upon to testify. Lastly, the jury will deliberate and discuss amongst themselves while they determine a verdict. It might take some time before they reach a conclusion, so you should be prepared to wait until that happens. In any case, it is important to have a good understanding of what your lawyer is doing throughout the process so that you feel comfortable and secure in its progression.

If you are someone who has suffered hearing loss or damages due to the use of 3M Combat Arms Ear Plugs, it is important that you explore your legal options to recoup your losses. There is a time limit to filing a report as well as important evidence that must be accumulated. This can be an overwhelming process, but it may give you the chance to gain compensation for the harm caused by relying on faulty protection which you expected would keep you safe from harm. A legal professional experienced in this type of case can help guide you through this difficult experience and ensure that you make all the necessary steps needed for a successful claim. With their expertise and assistance, the filing process does not have to be a stressful and confusing situation. Seek out experienced support today if you believe that your hearing damage is due to these ear plugs.

The 3M Combat Arms Ear Plugs were created to protect soldiers’ hearing in combat, but the company is now being sued by thousands of veterans who say they have suffered permanent damage because of the ear plugs. -The allegations against 3M state that the ear plugs were too short for some people’s ears and would often become loose, which resulted in them not providing adequate protection. -If you believe you are eligible for a lawsuit against 3M, it is important to seek legal help right away. Cases like this can be complex and it’s important to have an experienced lawyer on your side.

-If your case goes to trial, you may be awarded damages for medical expenses, pain and suffering, and more.